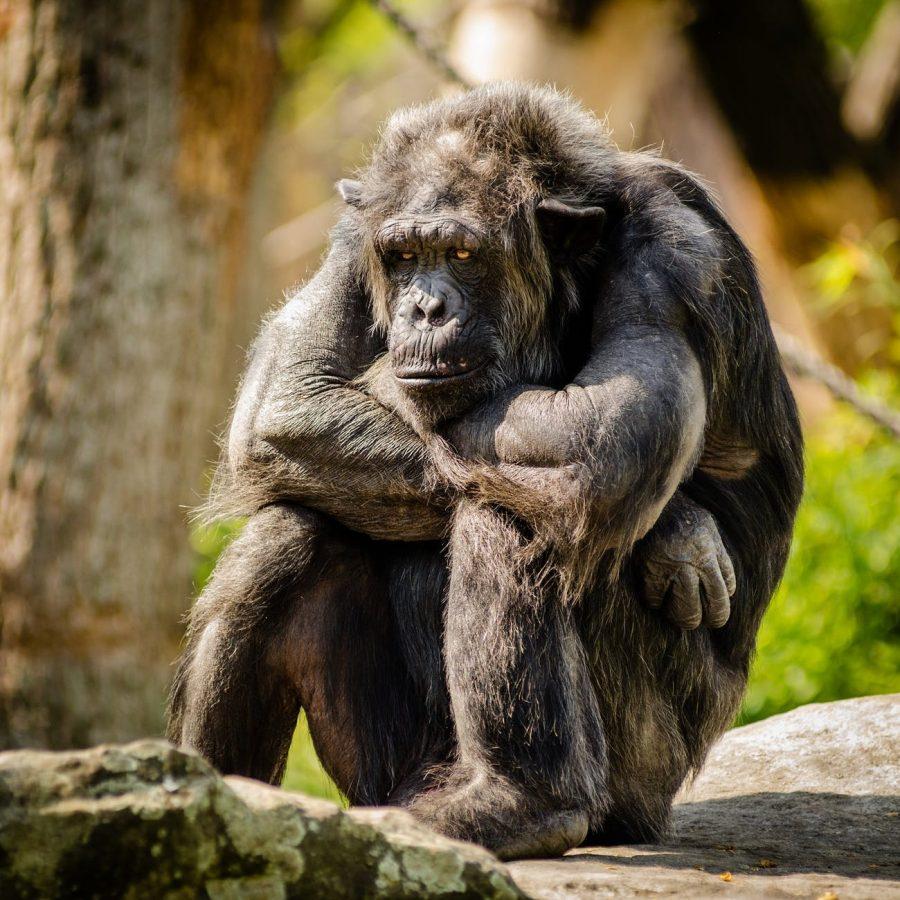 NYU Professor Jeff Sebo believes that chimpanzees deserve to be classified under the law as more than just “things” because of features they possess “such as conscious experience which are widely shared on the phylogenetic tree, which many non-human animals have, independently of how intelligent they happen to be or how similar to humans they happen to be.”

Director of the Animal Studies Master’s Program Jeff Sebo is one of several professors in the United States and Canada making a case for chimpanzees to be recognized as persons under the law.

In an amicus brief filed Feb. 23 by animal rights group Nonhuman Rights Project, Sebo and 16 others argued that chimpanzees Kiko and Tommy, who are currently being held in isolation from other chimpanzees, should be granted legal personhood.

The amicus brief is the latest in a series of petitions and hearings regarding the current legal classification of the chimpanzees.

In December 2013, the Nonhuman Rights Project filed petitions in the New York State Supreme Court for Kiko and Tommy to be immediately released from their respective detentions.

“Chimpanzees possess such complex cognitive abilities as autonomy, self-determination, self-consciousness, awareness of the past, anticipation of the future and the ability to make choices; display complex emotions such as empathy; and construct diverse cultures,” the multiple petitions read. “The possession of these characteristics is sufficient to establish common law personhood and the consequential fundamental right to bodily liberty.”

Both petitions were denied in court. The Nonhuman Rights Project has since filed several motions to appeal the decisions and reargue the cases.

Sebo signed the latest amicus brief because he thinks that, while qualities like consciousness, emotions and bonds of interdependence define persons, they are not exclusive to humans.

“I think that personhood should be based on features such as conscious experience which are widely shared on the phylogenetic tree, which many non-human animals have, independently of how intelligent they happen to be or how similar to humans they happen to be,” Sebo said.

Tommy is currently being held in a cage on the premises of Circle L Trailer Sales, a trailer dealer in Gloversville, New York that is owned by Diane and Patrick C. Lavery. Kiko currently lives at The Primate Sanctuary in Niagara Falls, New York with owners Carmen and Christie Presti. The amicus brief was brought against all four owners.

“If they [Kiko and Tommy] count as things, then their ability to be with other chimpanzees will depend entirely on our own willingness to put them in that situation,” Sebo said. “Whereas if they have a legal status of persons, then there will be a legally recognized right that they have to live a good chimpanzee life and we would have an obligation to respect that right independently of our own preferences.”

Another leg in their argument, which Sebo addressed in a New York Times op-ed, rests on the question of whether the existing legal classification of all beings as either person or thing is sufficient.

“Honestly, I am skeptical that those two categories are adequate to capture all of the beings who exist, which is why we put the point by saying that, if we insist on classifying every being as either a person or a thing, then Kiko and Tommy are persons,” Sebo said. “But if instead, we challenged the person-thing binary and create a richer conception of the types of moral and legal statuses that individuals can have, then that would be a different story.”

Another author of the amicus brief, Kristin Andrews, the research chair in Animal Minds at York University in Ontario, Canada, proposed a clarification of the legal term “person” in response to the existing person-thing dichotomy.

“If there are three positions, it would be non-person, person, and responsible person,” Andrews said. “We call three-year-olds and 15-year-olds persons even if they’re not legally responsible for what they do. We’re just trying to get chimpanzees into that position.”

Sebo thinks clearing up the distinction between rights and responsibilities would eliminate a major speed bump on the road to accepting nonhuman personhood.

Andrew Fenton, assistant professor in the Department of Philosophy at Dalhousie University in Nova Scotia, Canada and a co-author of the amicus brief, adds that people can even look to religion as a rationale for acknowledging chimpanzees as persons, which he defines as rational, autonomous and social beings.

“The notion that other animals might be persons is actually a widespread notion in world philosophy,” Fenton said. “All world religions, no matter if you talk about Christianity to Hinduism, believe that God is a person, but God is usually not human. Think of beings that are popular in different theologies, think of angels, think of demons, think of spirits, these are all individuals that are not human.”

Fenton speculates that evolution may be responsible for driving a wedge between humans and the animals they once lived alongside peacefully.

“I think because we’re the last of our genus standing, it gives us a sense that we’re somehow apart from other primates or other mammals or other vertebrates,” he said.

Fenton hopes that this debate can be the beginning of a meaningful conversation about the proper treatment of animals, especially when they face drastic population decreases: chimpanzees are currently listed as an endangered species by the International Union for Conservation of Nature, and a 2017 study showed that the western chimpanzee population declined by 80.2 percent from 1990 to 2014.

“The big question is how is to coexist with them better in the world when they are facing extinction — where their capacities [can] comfortably overlap with the capacities we see in our own communities,” Fenton said.

The Laurence A. Tisch Professor of Law at NYU Law, Richard Epstein,  is not convinced that chimpanzees meet sufficient criteria to be considered persons. He added that the legal implications of chimpanzees gaining personhood under the law would be dramatic.

“It becomes very difficult because you’re talking about political participation, right to vote, right to hold office,” he said. “For example, we do one person, one vote, right? So, now what we do is re-district; we take into account the number of chimpanzees or monkeys you have?”

Vice President at The Primate Sanctuary Carmen Presti is not concerned about the amicus brief being brought against him.

“They’ve been trying for the past, 2013, they’ve lost every case in court, and it’s just a waste of my time and taxpayers’ money,” Presti said. “It’s beating a dead horse. They keep trying different angles, and they just keep losing.”

The Nonhuman Rights Project and the individual signees have yet to hear from the courts if their amicus brief will be approved or denied.

A version of this article appeared in the Monday, April 16 print edition. Email Sarah Jackson at [email protected]