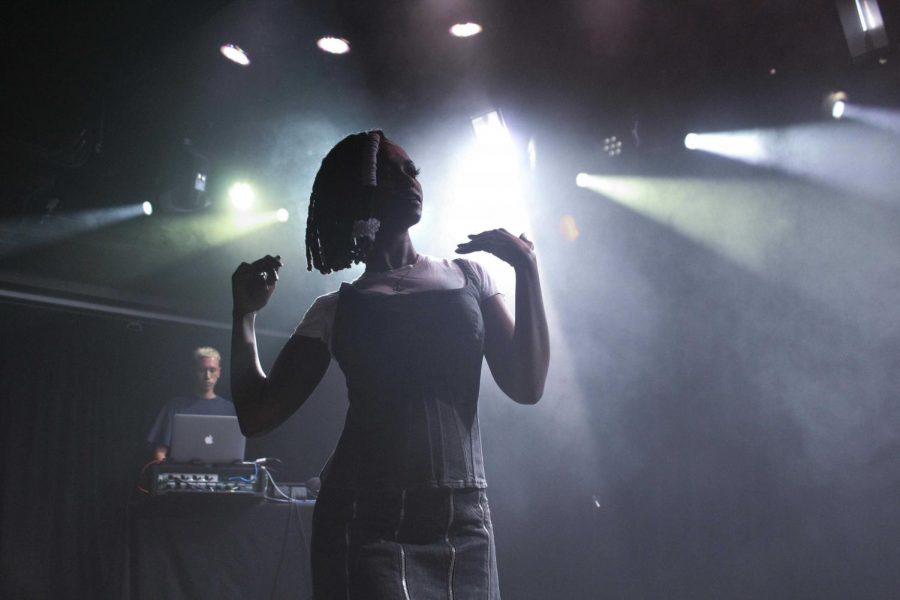 Kelela performing at the 2016 Mystery Concert.

The mystery behind NYU’s annual Mystery Concert has finally been unveiled. A long-standing NYU tradition, the Mystery Concert serves as a platform for first-years and the entire student body to engage in a night of exhilarating music. This year, the acts that take the stage at NoHo staple (Le) Poisson Rouge are Sheck Wes, Japanese Breakfast and Venus X.

With a star studded list of alumni such as Animal Collective, Vic Mensa, SOPHIE, D.R.A.M., Broken Social Scene, Kamaiyah, How to Dress Well and Kelela, the Mystery Concert is a promising way to ring in the new semester and highlight up and coming artists.

Sheck Wes, a 19-year old native New Yorker, will be headlining this year’s event, surely bringing his signature explosive energy. With hits  like “Mo Bamba,” which has garnered more than 32 million listens on Spotify alone, the crowd will undoubtedly be singing and dancing along with the young entertainer.

Second on the lineup is Japanese Breakfast, the solo music project of Philadelphia native Michelle Zauner. The lo-fi pop project has received critical praise from Consequence of Sound and the A.V. Club and is known for hits like “Everyone Wants to Love You” and new hits like “Boyish.”

Brooklyn-based DJ and club promoter Venus X is the opening act for the Mystery Concert but while she is the first and possibly least known act on the roster, her performance is not to be missed. Incorporating a unique blend of house, trance and hip-hop elements, this up-and-coming genre bender has the potential to electrify the listening experience.

Yet, while the lineup of artists may already be well-known to music fans, students without much musical background have noted their obliviousness to the musicians playing the event. Tisch sophomore Samantha Joia stated that she is still going even though she doesn’t know any of the artists.

“I feel like I don’t know a lot of bands and I’m trying to expose myself to more music,” Joia said. “I also just really like going out and meeting new people.”

The consensus among all students, from first-years to seniors, was that though the artists selected for the Mystery Concert are largely unknown to a music novice, the event is nonetheless a great way to meet new people and listen to new music.

“I think [the Mystery Concert] makes a difference in terms of fostering a sense of community at NYU,” Steinhardt sophomore Maria Wolf said. “It’s a program that seems to have everyone interested.”

Regardless of if you’re beginning your NYU journey or having it come to an end, the Mystery Concert is for all. Collegiate music lovers wrap around (Le) Poisson Rouge for what seems like hours on end in line, conversing and exchanging music reviews and recommendations. It is a Welcome Week tradition that is evolving and growing each year, thanks to new genres of acts and students.

The 2018 NYU Mystery Concert will take place on Sept. 4 at (Le) Poisson Rouge at 158 Bleecker St. The event is closed to the public, and all NYU students can get in for free with their NYU ID.

A version of this article appeared in the Tuesday, Sept. 4 print edition. Email Nicole Rosenthal at [email protected]